A high level programming language with an eclectic heritage, Perl was written by Larry Wall and a good thousand other developers. It is primarily derived from C language and, in a small measure, from Sed, Awk, UNIX shell and at least a dozen other languages and tools. Its ease in manipulating processes, files and text make it particularly well adapted to tasks that require rapid prototyping, system utilities, software tools, task management, database access, graphics programming, networks and Web programming. These strong points make it a particularly popular language for system administrators and CGI script developers.

Perl was born out of the need for a language that was ideal for extracting information from text files and the generation of reports. Before the creation of Perl, text modifications were usually done with shell scripts, using programs such as sed, awk, grep, cut, test and expr. There are many limits to using these types of programs: inflexible data entry formats, difficulty moving data from one process to another, slowdown when launching multiple programs (the cost of slowing down a process can be significant), dependence on running specific commands, intrinsic bugs in certain languages (awk doesn't differentiate between numbers and chains of characters). Perl brings together and borrows the exact syntax of all these mini languages, comprising the shell, with the addition of part of the C syntax and the functions of the C library system.

The vision of Microsoft .NET rests on Web services. This enables developers to create the next generation of applications. Since they are in charge of the main implementation, these new applications enable applications and systems to communicate with one another. As the leader in these industry-wide transformations, the Microsoft .NET platform is the most complete and powerful for creating, launching, managing and using Web services. 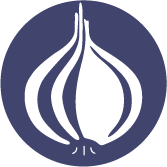 Our packages are established based on the use you intend for your web site. Disk space, monthly bandwidth use, the number of mailboxes and the backend technologies used are the main factors in the determination of our competitively priced packages. Hosting of a simple web site costs as little as 5$ a month.